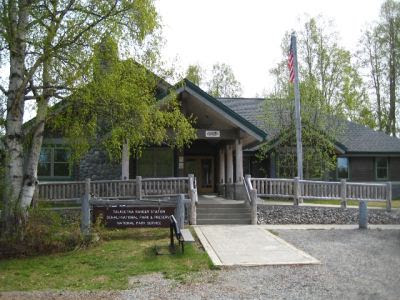 A locked wooden box discovered by Henry Scott in Ranger Bill Jefferson's attic was identified and opened yesterday. The box appears to be connected to a mystery going on at Ranger Headquarters concerning the origins of Big Pine Forest and Depression era workers called the "3C Boys."
Ranger Bill and Henry took the box to Masters Lock and Key to have its lock opened. Maggie Murphy arrived at the locksmith with a key that unlocked the box. Mrs. Murphy is housekeeper for Ranger Bill's co-worker Stumpy Jenkins. She said that Mr. Jenkins told her of the box with the initials "JJF" on the lid. Maggie said the box must have belonged to her oldest brother John Jeffery Flanigan. Maggie, along with Ranger Bill and Henry, found letters from her family to her brother, a diary, and more.
Maggie told the GAZETTE that her brother worked on a Knotty Pine CCC crew to help his family survive the Depression. John was also called Jack because so many Irish boys were named John then. Maggie was a baby when Jack worked as a 3C Boy. Jack came home to Ohio in the early 1940's with stories of a quaint little town that he helped build called Knotty Pine. The family eventually moved to Knotty Pine. Maggie has lived here ever since.
No comments:

Thanks for your support!

Thank you one and all for your support of this Ranger Bill web site. On Fathers Day we reached the mark of 10,000 hits so far for 2009! What a wonderful Fathers Day gift!
And many thanks to HisKids for the wonderful Ranger Bill audio each week!!! The Ranger Bill Fan Club is most blessed to have such faithful Ranger Bill listeners and such good friends.
Have a blessed day everyone!
And again, my thanks,
Ranger Dave
No comments:

The GAZETTE reported last week that boxes and a shovel were found at Big Pine Forest's ranger headquarters by Henry Scott, ward of Ranger Bill. These items appear to connect Knotty Pine's own Big Pine National Forest with the CCC, the Civilian Conservation Corps of the 1930's and early 1940's. The Corps was a government program that gave jobs to unemployed young men during the Depression. These CCC boys were organized into camps of about 200 young men who built roads, planted trees, fought forest fires, and more.
Young Mr. Scott went to the Jefferson home to look for more CCC artifacts based on information found at ranger headquarters. Henry found a small wooden box which was locked. The box is inscribed with "3C Boys" and the initials "JJF." Ranger Bill tells the GAZETTE that the box looks very similar to the drawers in his desk at ranger headquarters. Ranger Bill believes that the 3C Boys may have built his desk. Henry and Ranger Bill do not want to break open this box if they can avoid it. They plan to see a locksmith to open the lock.
Anyone having any information about this box or about the CCC boys at Big Pine are asked to contact ranger headquarters or the GAZETTE.
No comments:

It's winter in the Shady Mountains. At least it's supposed to be. The dreaded Chinook winds are blowing. The winds make it 50 degrees in the mountains when it ought to be 15 degrees below zero. The snow in the Shadies is melting and filling up Mid-Mountain Dam and cracking off huge chunks of glacier ice. The rising waters and the moving ice are threatening Mid-Mountain and Knotty Pine Dams. The threat to Mid-Mountain Dam grows with each passing hour of thaw. The dam operators ask Bill and the boys to do something to stop the ice. Bill calls on the one person he thinks can stop the ice boulders - Frenchy DeSalle. How can logger Frenchy help Bill stop tons and tons of speeding ice flows?
No comments:

Strange Find at Ranger Headquarters
A strange and unusual discovery was made today at Ranger Headquarters at Big Pine National Forest. Chief Ranger Bill Jefferson reports that his ward Henry Scott found some old boxes and a shovel while cleaning out the back room at Ranger Headquarters. Stumpy Jenkins identified the boxes as belonging Big Pine's first chief ranger and dating from the Great Depression. The shovel was next to the boxes and covered with dust. When Henry cleaned up the shovel he found the shovel blade was hand painted with the phrase "Property of the 3C Boys."
Ranger Bill and Stumpy Jenkins looked through contents of the boxes. The rangers found documents and reports concerning the creation of Big Pine and the construction of other major landmarks in and around the national forest. The documents also indicate that Ranger Bill's own home is historically connected to Big Pine. Henry Scott has gone to the Jefferson home to look for anything that may shed further light on this historical mystery.
Ranger Rocky McGuire tells the GAZETTE that President Roosevelt set up public works programs during the Great Depression to put men back to work. The shovel is probably connected to the Civilian Conservation Corps, or CCC, which employed millions of young men from 1933 to 1942 planting trees, creating parks, constructing public buildings, and more. The young men working in the CCC were known as 3C Boys.
No comments:

Bill Drown in which shows?

Thanks to all of you who tried answering our question, "Bill 'died' by drowning in which shows? (hint: 2 correct answers)"
The correct answers are:
RB177 "He Broke Through the Ice" where Bill falls through ice one the Shady and is swept downstream about a mile before he finds a way out of the ice. Bill finds a cabin close by and collapses there.
RB050 "The Log Jam" where Frenchy DeSalle's and Ben Larson's logs collide and jam up the Shady. Bill puts dynamite on the jam while Frenchy does for blasting caps. Bill is lost when the jam begins moving and is presumed dead after 3 days. Bill is washed down the Shady and saved by a rock cave. Bill hitchhikes home.
Kudos to all. The vast majority of you got at least one right answer. More of you got this question correct than any other.
No comments:

Riverboats carry freight and passengers between Knotty Pine and Mirror Lake and Kings Islands. Andy Coogan and Jim Gunderson are fierce competitors for the tourists visiting the Mirror Lake region. Bill will not give Andy a passengers license because his boat is dangerous. His stacks leak. Deck planks need to be replaced. The boiler is a threat to human life.
Andy says Bill is hurting him to help Gunderson. Andy asks several of Knotty Pine's influential citizens to pressure Bill to change his decision.
Will Andy do the right thing and fix his riverboat or will Bill give in to pressure and let Andy stay on the river? Will Andy continue to run his boat or will it break down and end the debate?
No comments:

Zookeepers at the Logan City Zoological Gardens are surprised and alarmed when deadly snakes are mysteriously being released from their cages. The King Cobra escapes repeatedly. The zoo's director Thad Pearson fears that his head zookeeper George Hill is not following safety procedures. George thinks Thad's son Paul is causing the trouble. Thad calls in Bill and his rangers to catch the Cobra when it gets out of the zoo. Bill calls in his own expert to capture the cobra. Bill thinks he knows who is letting the snakes loose.
No comments:

Three months without a drop of rain has made the entire region around Knotty Pine tinder dry. The least little spark could set off terrible fires. Ranger Bill has done everything he can to protect the forests from fire. But farmers and ranchers in the prairie lands refuse to do anything to protect their lands from a fire storm. Bill has constantly warned prairie residents to take fire control measures and has aircraft constantly scanning for any signs of fire. Bill even brings in a huge bulldozer to plow fire lanes as quickly as possible. The huge dozer gets named "Big Brute." Can our rangers protect Knotty Pine from fire even with his new enormous friend?
No comments: 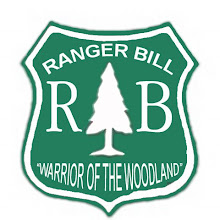